Sominex Herbal is a sleeping pill that’s made and sold in the UK, and is available over the counter without a prescription.

In this review, I’ll be discussing the herbal version, which contains valerian, hops, and passionflower. It’s not to be confused with the antihistamine version of Sominex, which contains promethazine instead of herbal ingredients.

Please remember that this article represents just one person’s experience of how the sleep aid works. As you’ll see from the comments below, readers have had very different experiences.

So as well as talking about my personal experience, I’ll also provide some additional useful information to consider before taking Sominex, and how it compares to other herbal sleep aids.

What immediately stood out for me is the smell and taste, which I assumed the valerian was responsible for. Valerian is notorious for being strong in both departments, so I washed the two pills down as quickly as possible when I took them.

As briefly unpleasant as the taste is, it’s a small price to pay for a natural ingredient, and you’ll find the same with other brands containing valerian, such as Nytol Herbal.

Talking of Nytol herbal, the two sleeping pills look pretty much identical on paper, so it makes sense that I had a similar experience with both of them.

I took Sominex Herbal every night for a week, and although I wouldn’t describe it as strong, I do think it had a sedative effect.

After that first week, I experimented with taking it on an occasional night over the next couple of weeks and found there was a noticeable effect each time.

Admittedly, it’s difficult to tell if there’s a placebo effect at work or not. Knowing Sominex Herbal has the same ingredients as another sleep aid that had previously worked for me might have influenced my expectations too.

Although some people might react to the ingredients, I had no problems at all. I felt physically fine during the time I took Sominex Herbal and had no morning grogginess.

That’s one of the important benefits of herbal sleep aids, even if they aren’t so strong. I sometimes get side effects from antihistamine sleeping pills, such as a fuzzy head, dry mouth, or a mild headache.

It made a welcome change not to wake up feeling like I needed twice as much coffee to get up to speed even after sleeping soundly, which is how I sometimes feel after stronger sleeping pills.

Would I recommend it?

If you’re looking for a strong sleeping pill to switch your mental lights out, you probably won’t get that, unless you’re particularly sensitive to the ingredients (or the placebo effect works its magic!).

However, if you’d prefer to take a pill containing natural ingredients rather than a powerful pharmaceutical sleep aid, and just need a little help to relax at night, Sominex Herbal might just do the trick.

The patient information leaflet that came with the pack I bought listed the ingredients of each tablet as follows. The first three on the list are the active ingredients that are meant to help with relaxation and sleep.

I originally wrote this article in 2020 when I took Sominex Herbal for the first time. I bought some again in 2022, and the ingredients listed were the same.

Is it suitable for you?

According to the patient leaflet, you shouldn’t take Sominex Herbal if you fall under any of the following categories:

Possible side effects of Sominex Herbal

The ingredients would suggest that Sominex Herbal should be safe for most people. The leaflet does warn of some possible side effects though, and advises that you stop taking it immediately and consult a doctor if you experience any of them.

If you have any other new symptoms after taking it, don’t take any more and seek medical advice as soon as possible.

Can you take a different dosage?

Technically, the dosage is two tablets according to the instructions. I think it’s fine to take just one if two seems too strong for you though. I wouldn’t advise taking more than two without first consulting your doctor.

Interestingly, I’ve seen reports that valerian can take two to four weeks to build up in your system and work properly. For that reason, the manufacturer advises taking it for that long to get the best results. However, they also say you should speak to a doctor if your sleep problem lasts longer than four weeks.

A common piece of advice about taking sleep aids in general is that you should consult your doctor if symptoms persist after a week or two. That leaves a bit of a conundrum then when taking valerian if it really does take two or more weeks to work to full effect…

As I said at the start, I felt some sedation when I first took it, and it didn’t seem any stronger to me after two weeks. Perhaps the hops and passionflower also had a role to play then. Either that or the placebo effect is my friend when it comes to insomnia!

Where to buy Sominex Herbal

I bought mine on Amazon, but it no longer appears to be sold there at the time of writing this. I’ve seen it in a couple of supermarkets in the UK, such as ASDA. I’ve also seen it being sold by independent chemists, both online and in shops. I prefer not to recommend any in particular, but if you search for Sominex Herbal online, several pharmacies will come up.

Have you tried Sominex Herbal before? If you have, I’d love to hear your experience in the comments below, and I know readers always appreciate hearing different points of view too. 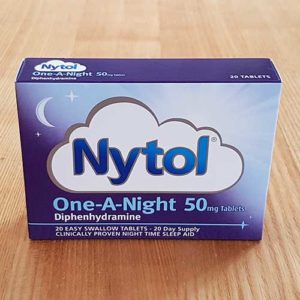 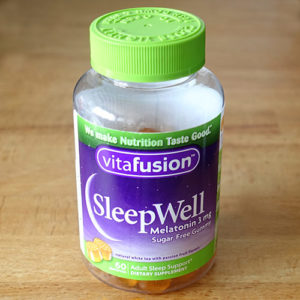